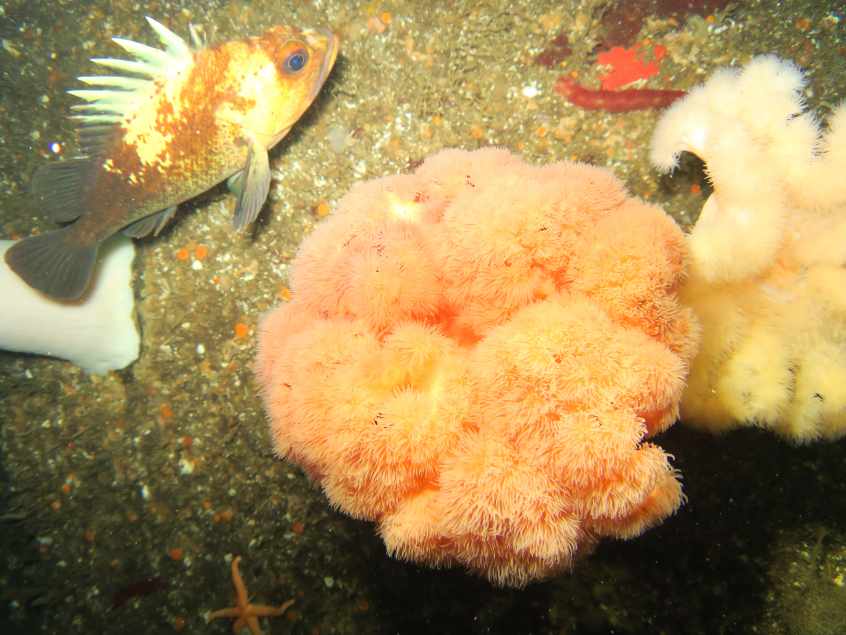 An invited guest blog by Kat Nikolich, PhD student in our lab summarizing her research I have been helping with…

Almost everything that humans do in the ocean produces noise. Motorized vessels, sonar, construction noise like drilling and pile-driving, oceanic oil and gas exploration, even offshore wind farms and tidal turbines that harness sustainable energy! These ubiquitous activities are all part of the reason that human noise in the world’s oceans has risen exponentially in the last seventy years, doubling every decade since the 1950’s. For animals that rely on sound to find food, avoid predators, find a mate, and guard their offspring, life has gotten a whole lot tougher.

[Check out some common underwater noises made by people and marine animals sound like at this website: https://ocr.org/sound-library/]

It’s fairly well-known that marine mammals, like dolphins and whales, make sounds underwater to communicate. But did you know that hundreds of fish species have also been caught vocalizing? In fact, researchers think that about one-third of all fish probably produce sound, and ALL fish are capable of hearing underwater to some extent. Which means that human-caused noise pollution is likely a problem for more than just everybody’s favourite killer whales (no offense, killer whales – we’ve got your back too). Another of the at-risk groups of animals in British Columbia’s inland coastal waters are several species of rockfish. Rockfish are beloved by divers, recreational anglers, and commercial fishermen alike, not to mention a culturally-important food fish for local First Nations. They live in rocky-bottom habitats, often among kelp forests, and are an important link in the kelp forest food web. They are long-lived, give birth to live young, and many species of rockfish are known to produce sound for communication. They’ve also been overfished in BC, to the point that the Department of Fisheries and Oceans were tasked in 2007 to designate areas where rockfish are not allowed to be caught, in order to help their stocks recover.

A quillback rockfish (Sebastes maliger), one of the at-risk species of coastal rockfish here in BC.

These Rockfish Conservation Areas (RCAs) were put in place over a decade ago, and have come under some scrutiny ever since. There has not, as some would have hoped, been a significant rise in rockfish populations, either inside or outside of these areas. Critics have mentioned that RCAs were poorly placed, with some not even containing that rocky habitat that rockfish prefer! Others have pointed out that many fishermen don’t even know about RCAs, and those that do see no enforcement out on the water penalizing people caught poaching in RCAs. While looking over a chart in late 2017, I also noticed that RCAs around Victoria are all in pretty funny places. Like next to the naval base, or a ferry terminal, or a busy ecotourism hub, or right smack-dab underneath a busy international shipping lane! This got me to thinking: could noise from boats be bothering rockfish, or hindering their ability to communicate? A map showing RCA boundaries around Victoria and Sidney, BC, courtesy of DFO (http://www.pac.dfo-mpo.gc.ca/fm-gp/maps-cartes/rca-acs/areas-secteurs/1920-eng.html). RCAs are in red. I’ve added arrows labelling some very consistent sources of noise. Notice any patterns?

And just like that, the RCA Noise Pollution project was born. The questions we’re asking are fairly simple: how much vessel noise do local RCAs experience throughout the year, and is it any more or less noise than nearby un-protected rockfish habitat? To answer these questions, we needed some technical equipment (six SoundTrap underwater sound recording devices, each about the size of your Contigo travel mug), some not-so-technical equipment (lengths of PVC pipe, zip-ties, and bags full of sand), and a few bad-ass, experienced scientific divers (this is where Morgan comes in). Each recording device gets strapped inside a PVC tube (for protection), then the tube gets strapped to a sand bag (to keep it from moving). Then a diver takes this neat little package and sets it underwater in either an RCA or an unprotected rockfish-friendly area nearby to an RCA. The units record for several weeks, then the divers pick them up again. Rinse (literally – those tubes are covered in barnacles and stinky mud when they surface) and repeat three times over the course of a whole year, once in late-summer/fall, once in winter, and one in late spring/early summer. This will give us an idea of what time of year is noisiest, or if the noise signatures change over the course of the year. Jessica Qualley, our skipper and lab manager, excited for a beautiful morning out on the water.

Sound is analyzed based on two main components: amplitude (“loudness”), and frequency (“pitch”). For instance, big container ships produce noise at a much lower frequency (lower pitch) than outboard motor boats. Some areas might experience much more noise from outboard motors during the summer whale watching season, while winter might bring more shipping vessels or background sound from wind and rain on the water. Analysis from the recordings taken so far will be based on what frequencies are loudest at what time, and at which location. My prediction is that RCAs will be just as noisy, if not noisier, than nearby unprotected areas. After all, there are no sound barriers underwater around shipping lanes and marinas like there are around major highways and train tracks on land. A common way to visualize sound for analysis is a Long-Term Spectral Average (LTSA). The one above, courtesy of Scripps Whale Acoustic Lab http://cetus.ucsd.edu/technologies), shows sounds over a wide frequency range (measured in kHz) over several hours of time. Amplitude (loudness) is measured as colour – hotter colours are louder sounds. Here, you can see that dolphin whistles go on for about half an hour at 10-20 kHz, while passing ships create short, loud signatures from 0-50 kHz. What do you think would happen if these two sound sources were competing at the same time? The dive team this time, Morgan Black, Kieran Cox, and Brian Timmer, emerge after retrieving a recording unit from nearby Armstrong Point, Sidney (Van Isle Marina in the background).

As the dive supervisor on this project, Morgan used her experience to help find the best sites to place the recording units. She was also instrumental in finding and organizing divers, equipment, and boat time, as well as seeing to safety and other paperwork. Right now, the recorders are underwater for their third and final deployment, to be retrieved in late June. An analysis is in its preliminary stages, but I’m hoping to be able to answer the questions I asked above by the end of the summer.

That said, understanding more about what kind of noise rockfish might be experiencing within their conservation areas is just the first piece of the puzzle. To really get at whether the noise is a problem for rockfish, we need to learn more about what rockfish vocalizations sound like, and what the rockfish are using them for. Other members of the Juanes lab at UVic (https://juaneslab.weebly.com/people.html) are looking for answers to just these kind of questions, and eventually, we hope to combine this research into a picture that will help fisheries managers find better ways to protect rockfish, and eventually see their populations thriving again! 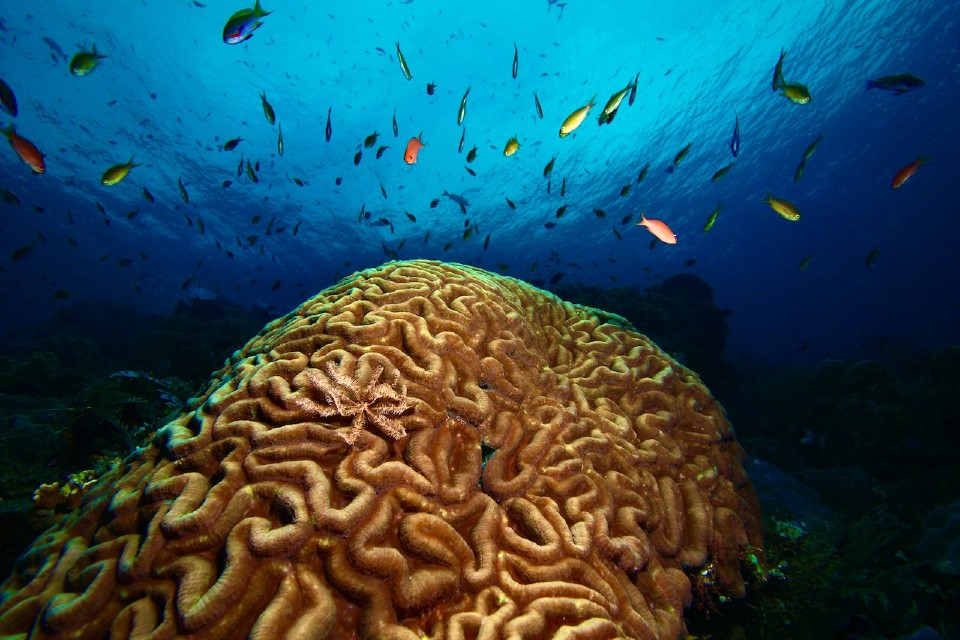 UVic researchers work with global partners to launch a website dedicated to providing free access to FishSounds. Understanding the sounds made by fish...

We are close to launching our website, FishSounds. While we finish setting up our servers, you can check us out at https://t.co/V1b3wdFZWy! 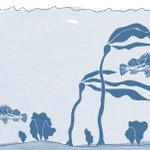 Are you fishing for rockfish?! We need your help! If you capture one of our tagged fish, we’d love to hear about it - please follow the steps in the poster to collect your (rockfish hat) prize. 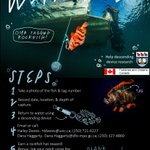 This is a really cool project...glad to have been a part of it